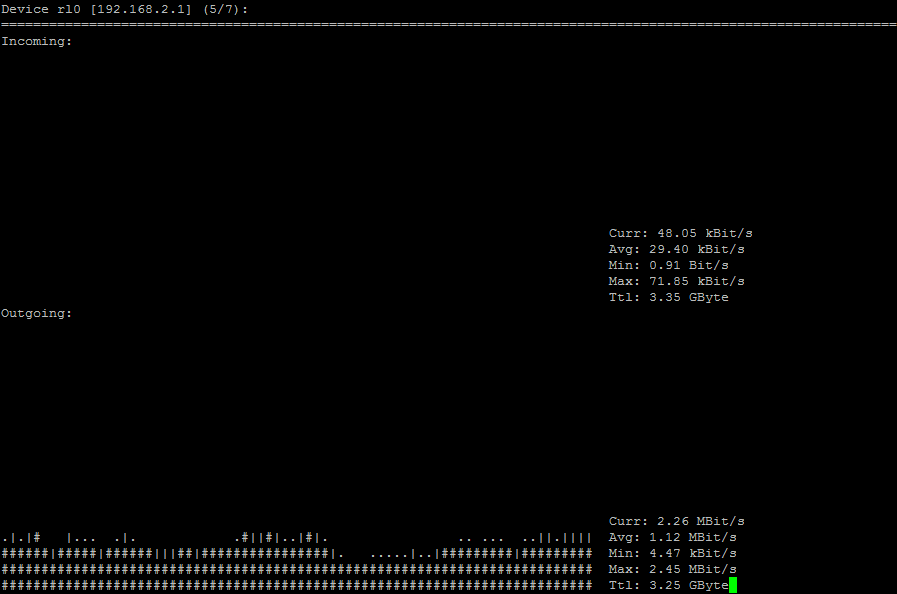 nload is a console application which monitors network traffic and bandwidth usage in real time. It visualizes the in- and outgoing traffic using two graphs and provides additional info like the total amount of transfered data and min/max network usage.

Slurm (version 0.4.0) shows network activity for a given interface. Total uploads and downloads are shown together in text and ASCII graphics. Data updates every second by default, and the graph scrolls from left to right according to network usage.